Welcome to Rethinking National Security’s full 2016 Presidential Election Coverage. Now that we have our two main party candidates in Donald Trump and Hillary Clinton, we have decided to move beyond our primary coverage page, using this page for our dedicated coverage of the general election campaign. Please see the individual candidate pages for their takes on the issues and below for polling updates.

Images via hillaryclinton.com and donaldjtrump.com 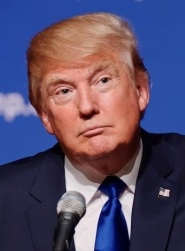 The Wall Street Journal has provided a summary of the candidate’s positions on a variety of national security issues. We have posted the link here.