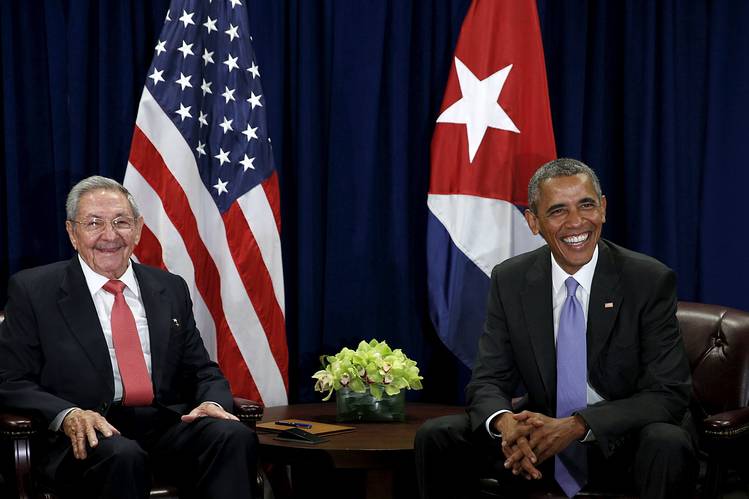 There have been many strange and horrific strands to Donald Trump’s campaign both in domestic and in foreign affairs during this long and caustic campaign. In some ways there are still many dark murky elements of the pitch that Trump has been putting forth in almost all of his statements, policy papers, and not least in his Tweets. Confusion is a very polite word to characterize his utterances.

More recently as an example is Trump’s speech in Florida, where among various crazy ideas and efforts to deceive many sectors of voters with unspecified “help”, Trump importantly shows a deep disregard for trust and truth. But it lacks a realistic and sane view of American relations with Cuba.

This is not surprising given that in almost ever sector of critical foreign and national security policy Trump has put forth ideas and policies that would without question make America weaker and less secure and throw the world in even more disarray. Some well known examples include building a wall on the Mexican border, the disavowal of Climate change and to address this existential danger, dealing with Europe, and not least his relations with a brutal Putin.

Not least also among his irresponsibilities is his vague call for someone to kill Hillary Clinton and for the disarming of her Secrete Service team. But the repeated lies and distortions continue in Florida. He accused Senator Clinton for creating ISIS as he has done before asking “why she won’t take responsibility for her central role in unleashing ISIS.” Fact checkers have call this a lie and fabrication. Yet much of the media does not call him on this especially in interviews.

His MO is to try to ingratiate some fragment of the voting public no matter the saneness of his proposals or their basic practicality or their massive cost to American goals, security and values.

The crude Cuban gambit is just on example of this insanity and disregard of serious thinking and long-term strategy. This tactics is called in politics “slice and dice”: tell each segment of the population you are for them and the opponent is not. Even in the same speech he sets forth policies that will harm most Americans but not in the 1%, and moments later Trump talks about the rich and the establishment that supports Clinton. Or making racist statements about minorities and saying how he will help them…but without specifics. This stance, despite its contradictions, can often be a winning strategy sadly.

It is in this dark context of repeated idiocies, that policy toward Cuba arises in a state with a high percentage of Cuban-American voters.

In this speech he said:

“We are also going to stand with the Cuban people in their fight against communist oppression.

The President’s one-sided deal for Cuba benefits only the Castro Regime. But all of the concessions that Barack Obama has granted the Castro Regime were done through executive order, which means the next President can reverse them – and that is what I will do, unless the Castro Regime meets our demands. Those demands will include religious and political freedom for the Cuban people.”

In another speech last month, Trump also told the Miami Herald that he would keep open the infamous Guantanamo detention center, stating that:

Guantanamo has been a source of great harm to US interests due to its harsh conditions, almost no transparency, and lack of any real fair judicial process. It has been an item of shame for America around the world. It has only helped the recruitment of more terrorists each day that it stays open with prisoners.

The opening to Cuba by the Obama administration in fact as been one of the truly great acts of long-term strategy and enlightened vision for dealing wisely, at last, with a misguided policy of isolation and confrontation which has gained nothing. Now there is new light and dialogue and contact that, over the long run (and it will take time), promises to improve our contacts and cooperation on many issues, promote a better life for the Cuban people, and enhance the growth of civil liberties and democracy.

Trump’s approach is again even more confrontation, and his harsh actions would bring us back to the bad times of frozen conflict. This means less hope for democracy and would gain the opposition of much of Latin America, let alone the hopes of many Cuban-Americans that increasingly want the new open relationship that Obama and Hillary Clinton started.

The sad part, if one reads the many quotes of Trump on foreign affairs contained in this web site, Cuban policy is just one example of a Trump led path that leads towards unbelievable global disaster for America at home and abroad. Trump will not “make America great” but diminish our global leadership and cause added new conflicts and chaos in every corner of the world.

We welcome your comments below!

Rethinking National Security is now on Twitter! Follow here to stay up to date on RNS blog posts and noteworthy articles from other worthwhile organizations.