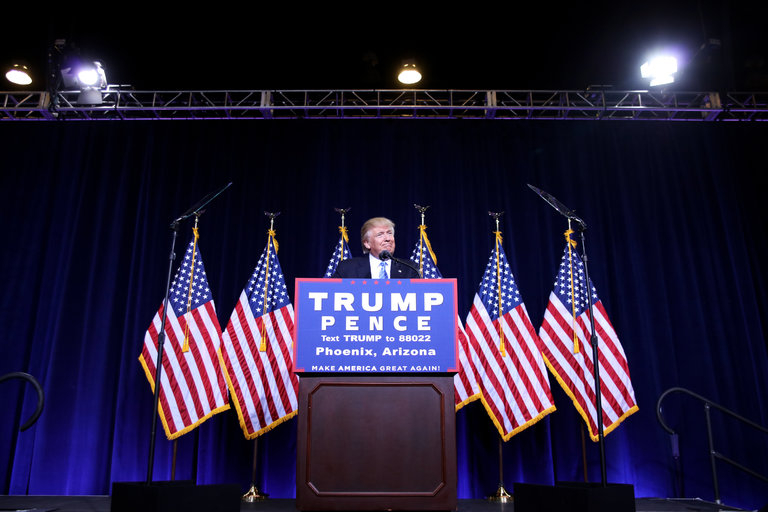 Via the New York Times

The debate over Immigration policy is in reality but a subset of larger issues of what America should be at home and its role in the larger world. It is defining what our country should be in the future and how the world should be shaped to create a safer, more secure, and fairer globe for all humanity.

This subject is not new either for this country nor on a global scale. In reality it goes back to early man and the search for a better life. Having recently visited Britain and the European continent, the problem of migration also has become a major social and political issue. It has, as here in America, begotten the rise of far right, bigoted politics, and neo-Nazi parties that undermine democracy and the social fabric. This trend has become a threat to the unity, sense of common burden, and value sharing throughout most of Europe.

But here in America the immigration topic has also threatened the same values, and in this case the very purpose of the American experiment of a fair, democratic, and open and welcoming society.  Many Americans have forgotten our own origins and the struggles of our ancestors to find a better life and build a vibrant and inclusive community. No one today perhaps except for our native population, did not immigrate here, often under conditions of risk and privation.

Today we have as a society witnessed in the form of Donald Trump, the presidential candidate of a major political party and on the cusp of being the leader of the free world. A man with a finger on the atomic button, the antithetical of American ideals and values in his many statements about immigrants, Mexicans, both native born and new to America, as well as African-Americans, the handicapped. and woman of all sorts, who demonstrates the kind of prejudice and racism which has already greatly weakened our nation at home and abroad. He is feared by our friends and welcomed with glee by our adversaries.

All of this has been reinforced by the farce of his visit to Mexico to see its president and in his abhorrent speech in Phoenix on what he would do to our undocumented immigrants. I will not outline here the draconian actions that he has advocated that call in essence to deport some 10 million immigrants and deprive them of any kind of humane treatment or decency. (These can be found in our 2016 Campaign quotes under the “Immigration” section, with the complete speech transcript on our document page).

Here we need to see the deeper implications of these actions and the reverberations of them for our nation and for our stability. And yes they impact not least global security.

These Trump actions and policies already have threatened a globe that acts with humanity and protects our most vulnerable migrating and refugee families. While we are often focusing on our own internal American challenges, such brutal actions proposed by Trump, has much broader implications. We should highlight and better understand the need to add another and often lost dimension in our debates of what his policies might engender around the world and how it would impact on our own values and security.

The first impact would be to alienate us from our vital friend on our Southern border and to do the same to many Latin American citizens from other countries fleeing mortal dangers. It would also encourage similar polices by others, all illegal under existing refugee treaties. This brute behavior by other nations applies especially to our European allies and friends who are facing the coming to power of neo-Nazi and far right parties who are using this issue to create far different harsh societies that we have not seen since Hitler’s Germany or Stalin’s Soviet Union.  American influence is not just because of our military might, but it is largely due to respect of our democratic institutions, our value for the rule of law, and for our firm adherence to our treaty obligations. All of these are threatened by Trumps statements already and even more should he gain power.

The image of an America led by bigots and those that advocate torture and racism is one of the greatest risks we face in a still dangerous world in which respect, and wide acceptance by others of our impartial desire for a more peaceful and just world remains our greatest strength. Other nations depend on our promises contained in our alliances and collaborations, and are our strongest hand in a world of too much conflict and distrust.  We lose that and everyone is imperiled.

We welcome your comments! Click here and contribute to the discussion at the bottom of the page.